Withernsea Big Local|Sunday, January 17, 2021
You are here: Home » Uncategorized » The Story So Far…

The Story So Far… 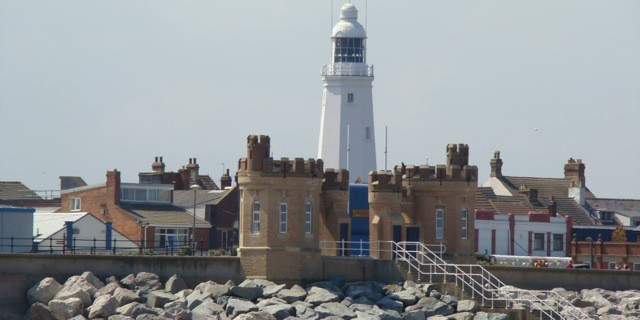 The first anniversary of the Big Local Steering Group has recently passed and so the group decided to reflect on what has happened so far. Many will think not much, but when we sat down, thought about it and then put it down on paper Big Local Withernsea hasn’t done too badly!

Withernsea was awarded its Million Pounds on the 10th December 2012 and from that date it was the job of Big Local Rep David Burnby to assemble a steering group and start the ball rolling on a 10 year plan for the town, as per the Lottery Timeline. This group would comprise of residents who along with Partners from the community would devise a plan to try and secure a better future for the town and the people who live and work here. David, with the help of a few local organisations, arranged a meeting in January 2013 at the Pavilion Leisure Centre to introduce Withernsea residents to Big Local. Already representing 3 other areas, David was bowled over at the attendance of over 200 residents at this meeting, the biggest he had seen in his Big Local experience. At this meeting residents were given all the information about the million pound project and the opportunity to apply for a position on the steering group. So many people applied that an election had to take place to choose the 12 people needed to form the steering group.

The election took place this time at a meeting up at the High School,this was again something unheard of in other areas, so many people wanted to be involved that an election was necessary. Those standing had to write a brief piece about themselves and explain why they wanted to be on the steering group and from the 20 who stood 12 were elected by residents.

The elected members, with a very diverse age range, social background and reasons for volunteering meet once a month for approximately 2 hours and have soon come to realise that a lot has to be packed in to those few hours!

The 12 met for the first time as the Steering Group in March 2013 and at this meeting roles were decided upon and a chairperson elected along with vice-chair. The group then went on to discuss who they would like to invite on as partners, organisations that would benefit the group and the community, these included representatives from Withernsea High School, Withernsea Town Council and East Riding Yorkshire Council. A Locally Trusted Organisation (LTO) had to be agreed on, an organisation who would basically act as a banker for not only the milllion pound but also a Getting Started Fund, Shores were chosen to be the LTO for Big Local Withernsea. Terms of Reference and a Code of Conduct were next on the agenda for the group to decide upon, a very necessary task but also a very time consuming one.

April’s meeting saw the Terms of Reference and Codes of Conduct agreed and passed. Then the group had to discuss how the whole process would be moved forward. Establishing links with the community was a high priority and to help with this task the group could apply for a “Getting Started Fund” of £20,000 on top of the million to help make this possible. The fund is to be used in many ways and covers such things as admin fees, stationary, printing etc as well as the cost of organising events were residents can come along and have their say, advertising and even training.

In June some of the group attended the Withernsea Primary School Summer Fair and for the first time unleashed the Big Local questionnaire on residents. The application was made to Big Local for the Getting Started Fund which finally landed in the LTO bank account in July.

More events followed in the next few months: September we attended Macmillan Coffee mornings, October the Meridian Centre Halloween Party and November the Firework Display in partnership with WRCG to get residents views.

The Big Local Questionnaire was sent out to properties in Withernsea during January and each residence should have received at least two questionnaires to be completed. February saw the collation of all the data (of which there was lots!) from the returned questionaires.

The main focus of the March meeting was the discussion of how we use this data to move the plan on to the next stage and that is currently where Big Local Withernsea stands. The group has to use this data of what residents like/don’t like abut the town and also of what they want in Withernsea to devise a plan to cover at least the next 10 years. The plan needs to include as much as possible of what is needed, wanted and wished for by the community and how we aim to achieve it. To complete the plan residents will be consulted again on many different aspects including education, environment, safety and entertainment. We are currently looking at the possibilty of producing a giant map of the town that residents can interact with as well as more community events to hear what people in Withernsea have to say.

In the past year the steering group has seen a few members come and go for various reasons and over the next 10 years the group will continue to naturally evolve but all members have contributed positively to try and make Withernsea a better place to live. A new chairperson was recently elected, Peter Crawley, and the group has 7 members including Peter, Beverley Lamb, Chris Brawley, James Shaw, Donna Lyon, Jane Eggett and Fred Blackbourne as well as 4 partners, Richard Williman WHS, Brian Cloke WTC, Jane Crossley ERYC and Jayne Nendick Shores and hopefully we will be looking at recruiting a few more volunteers in the near future.

Posted in:  Uncategorized
Tags: news
About me automatic widget